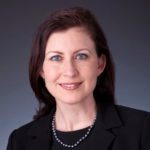 “What started as a potential pathway to a future career turned out to be my dream job!”

Jeanine Jerkovic grew up in the Phoenix area and has worked in international economic development almost her entire career. Educated at ASU and the London School of Economics (LSE), Jeanine has traveled extensively and early in her career, interned at the U.S. Embassy in London.

On graduation, Jeanine returned to the Valley where she has been an active and highly successful advocate and promoter of all things Arizona. Jeanine is Economic Director for the City of Surprise.

Q: What attracted you to economic development as a career?

A: Early in my career, I wanted to be in the US Foreign Service, but when I met my husband here in Arizona, I found a fast-paced job in economic development. Starting out, I didn’t know exactly where I might end up career-wise, and I thought a stint in economic development might give me exposure a variety of other industries, people and possibilities. What started as a potential pathway to a future career turned out to be my dream job!

Q: If you had any advice for yourself when you were starting out, some things you wish you had known, what would that be?

A: My advice to myself would be to always look at the positive side to every project experience, especially when a deal is lost or doesn’t go as planned. I would emphasize the importance of personal likeability and relationships in my career. I would also tell my younger self to ask about project financing much sooner in the conversation with many projects.

Q: Last week was National Economic Development Week in the US, what message would you like to convey to business about the opportunities locally and nationally for investment?

A: Workforce is primarily driving site selection right now, and when I look regionally at Greater Phoenix, the West Valley is a huge opportunity for many of the large office projects looking nationally for a top location. West Valley workforce data shows that tremendous professional and financial services talent is driving eastbound each day, and I believe the next large insurance or back office location would be astounded at their success in a place like Surprise. The West Valley has a huge regional workforce that will only grow next decade!

Q: You have spent a substantial time overseas early in your career and lately promoting the local community. What impression do those you meet with have of Arizona? What is the most common misconception?

A: It depends on the overseas market, but in my experience, most people have awareness of the Grand Canyon – and as a result might think that we live a more traditional southwestern lifestyle than the urban-suburban reality of most of today’s Arizona population. They also often have the misconception that we don’t have water – which we do and manage quite well!

Q: Can you share any funny moments when something has been lost in translation or some amusing anecdote that broke the ice?

A: I have more of a funny “strange” anecdote than a humorous one I can share! Every economic developer sees trends in projects from time-to-time; sometimes it’s lots of warehouse projects, sometimes solar projects, etc. Within a less-than-30-day time frame at one point, I had six separate theme park projects walk through the door – so many that colleagues began to ask me if I was doing anything to attract them. I think a lot of the economic developers in the region were meeting with them too, and in the end, not one of them manifested. Referring to a previous question, project financing ended up as an issue with each.