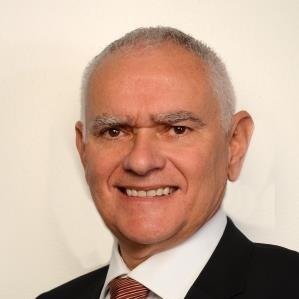 06 Sep The Power & Legacy of Mentorship

Posted at 10:29h in Profiles & interviews by Rowena McAllister
Share

“The delicate balance of mentoring someone is not creating them in your own image, but giving them the opportunity to create themselves.” — Steven Spielberg.

Markus Bucher, C.O.I.’s Executive Search Business Partner has, throughout his career, certainly given of himself by coaching others and has witnessed those he’s mentored flourish professionally and personally as they attain their goals and dreams.

As a CEO, Markus has led multinationals around the globe and is now based out of Dallas, Texas. For him, mentoring has and continues to be, extremely fulfilling. In a recent conversation with C.O.I’s Rowena McAllister, Markus talked about the importance of mentorship in career success.

Q: What motivates you to be a mentor?

A: As a volunteer mentor, I am able to continually strengthen my interpersonal and communication skills. Leaders should not rest on their laurels but continually push themselves too and mentoring further develops my own leadership qualities. I also find a deep fulfilment in engaging in volunteer and service activities that are valued by people. And finally, it helps to increase my own network and friendship circle.

Q: How have you influenced people you have coached and what were some of the most rewarding aspects of being someone’s mentor?

A: Sharing my own skills, knowledge, expertise and experience (good and bad ones) is rewarding when you have a positive influence on someone by showing that individual what it takes to be productive and successful.  I certainly aimed to provide people with guidance and  constructive feedback. Mentoring should aim to help mentees set realistic personal and professional goals, and providing honest feedback is absolutely essential to make the mentoring experience authentic and successful.

I can honestly say that all the people I counseled in this way became successful leaders and achieved or over achieved their goals – this was by far the most rewarding aspect of being a mentor.

Q: What should someone look for in a mentor?

A: When you seek out a mentor, always look for a proven leader, and someone who has the ability to give honest feedback. A mentor should be respected by people at all levels of the organization.

Q: What is the most surprising thing that has happened to you as a mentor?

A: One of my Executive Assistants wanted to develop in her role and asked for my guidance. She wanted to become a marketing/sales manager at the company I was with which I have to say, seemed an unattainable goal due to at that time, the very masculine environment of the industry.

However, with mentoring and my encouragement to train in sales and, later to move to the marketing department, where she learned the industry from the ground up, she eventually become the S.V.P Marketing for the entire Group.

Q: Did you have someone in your life who acted as a role model to you, who was it and how did they influence your professional life?

A: I did, Dr. Max D. Amstutz. He brought me to Holderbank, which later became Holcim. Dr. Amstutz was my mentor, he was tough but very honest, and in fact from time to time we also had very different opinions, but I learned a lot.  His gift to me was that he allowed me to grow in independence, to develop my own professional strength.

Q: What would you like your legacy as a career role model to be?

A: I would say that to be a mentor and to be mentored, trust is crucial. You also have to be unselfish with your time and ideas. What you get from mentoring is intangible but hugely life enriching. I would like to think what I leave behind is a group of professionals that show respect and are respected, they in turn will pass along honest and constructive feedback to their network.