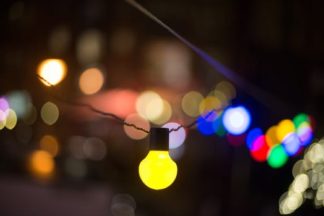 Posted at 11:00h in Uncategorized by Rowena McAllister
Share

Surrounded by Ivy League graduates in his first job, the late television journalist, Tim Russert looked around him and worried aloud if he could keep up. His boss responded, “What they know, you can learn. But what you know, they can never learn.”

This powerful quote illustrates how an individual’s personality and character can not only compensate for any deficits in experience, but can make them stand out in a crowd.

Though the hiring process is often focused around the qualifications and resume of candidates, even more important are the soft skills. The ability of an individual to lead, inspire, and that magic quality that some call the ‘it’ factor, others describe as charisma, is often hard to put into words, but you know it when you see it and can identify truly gifted individuals.

Recruiting a general management role in south east Asia, C.O.I. had a slate of highly qualified candidates with impressive experience and strong track records. During the recruitment process, our team reached out to a much younger candidate, someone who would normally be ruled out due to a perceived lack of experience. Nevertheless, something about his background stood out. At interview it became clear, this was an outstanding individual, whose highly compelling backstory easily compensated for a lack of years and showed extreme determination, self-reliance and inspiring leadership abilities. Much as the C.O.I. team was certain that not only could he do the job but that he would excel in the role, the client was not at all convinced, at first refusing to include in their interview process.

Undaunted, C.O.I. did not give up and eventually persuaded the client to at least meet this ‘wild card’ candidate. Several years later, our candidate has not only succeeded in the operations role, but has had a number of promotions and now leads a global business with a seat on the executive board. This experience is not out of the ordinary and is the reason why we focus throughout our interview process on assessing interpersonal, influencing and leadership skills and why we always recommend including a non-conventional candidate or two in the portfolio. Thinking outside of the box can lead to inspiring and creative new choices and exceed our clients’ expectations.