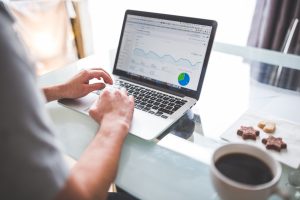 28 Dec Where HR Digitization Shines and Where It Doesn’t (Part 2).

Posted at 10:27h in Recruitment by Erin Henry
Share

In Dubuqua, Iowa researches using new smart devices reported to households how efficient they were being in their utility usage. Researchers found that by also reporting how a household’s utility usage compared to their neighbor’s, people were twice as likely to take action to improve efficiency[i]. What a great insight! Unfortunately, when a similar experiment was run in the UK, reporting a neighbor’s results to participants often lowered efficiency. Participants who were more efficient than their neighbors felt discouraged from trying to be efficient, since their lazy neighbors weren’t trying as hard.

That in a microcosm is why human behavior is notoriously difficult to model, and therefore predict. Even when people are being consistently rational (But that’s never even a given!) you may get two very different outcomes. Recruiters are neck-deep in the human element. Consider, when a person fails to show up for an interview. Was it a punctuality problem? Was this a signal by the candidate that they don’t care much about this position? What was the issue that prevented the candidate from attending the interview? How did they manage the problem? What does their choosing to manage the problem in the manner they did tell us about their problem-solving approach? Computers don’t think like that.

During an interview, good recruiters pick up on the subtleties of body language and tone of voice. They instantly recognize when a candidate is unimpressed by the salary range a role offers, or the location of a job. They can determine that a candidate prepared for the interview, or didn’t. They can understand the effects of things like culture, age, industry, gender and incorporate those things in a search. Recruiters can understand how real-world events (such as layoffs, new expansion, political changes, time of year) impact an ongoing search, and adapt. Trying to program sudden changes into an algorithm is notoriously difficult. Humans are quite good at it. In this writer’s opinion, the future of recruiting is going to look much like it does today, humans doing some tasks, and computers doing others.

Photo Courtesy of The Atlantic

Imagine a world where algorithm powered bots filtered through databases of candidates, and contacted some of them for interviews based on a high-level profile selected by a hiring manager. The bots even flag about 10% of their contacts as “high-level matches”. Good recruiters using their unique skill sets, interview these candidates first, quickly determining whether a good match has been made. Recruiters then turn their attention towards the rest of the pool and continue to sift. Bots continue mining resumes, and recruiters continue to interview them until solid candidates are found. Recruiters can then mentor, prepare, and groom these candidates for downstream interviews so that these applicants shine and impress. Lastly, recruiters report on bot accuracy, thus improving algorithmic performance. What’s not to like about that?